Calibration and optimisation of a XVI System (Elekta Synergy) – Pitfalls 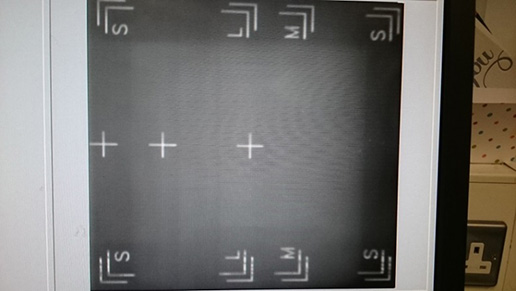 Cone-beam CT (CBCT) has rapidly became the standard equipment in radiation therapy employing image-guided radiation therapy (IGRT) for patient position verification. A X-ray tube and amorphous silicon detector panel with a cesium iodide scintillator layer of a XVI system (X-ray Volumetric Imaging System) are installed opposite in relation to each other on a linac gantry drum and perpendicular to a linac head and EPID. The XVI system rotates together with the gantry of the accelerator around their common isocenter. The system is used to acquire and reconstruct 3D volumetric images to verify a patient position during a RT procedure. The advent of three-dimensional imaging and visualization during treatment has provided new opportunities and challenges for improved patient positioning. A reconstruction process is based on 650 planar projections, taken during a full rotation of the gantry (360 degrees) or about 330/350 projections for the half rotation (180 degrees). The quality of the CBCT reconstruction is inferior to the quality obtained using the CT systems. The worse CBCT image quality can be attributed to few source of mechanisms: a fan beam and significant contribution of scatter radiation, an image detector technology and quality, lag and ghosting, geometry of a CBCT system, a reconstruction algorithm and methodology of a calibration procedure. For example, scatter results in occurrence of cup and streak artifacts as well as cuases degradation of contrats in the CBCT image. Bad pixels and bad pixel lines in the kV imaging panel may result in ring artifacts and worse image uniformity. They can also affect the quality of 2D images. For example, it can result blurring or occurrence of not corrected bad pixels as a “black” or “white” single or linear artifacts. Residual signals from previous acquisitions when visible on newly acquired images may result in ghost artifacts. The lag and ghosting issues of indirect detectors (Perkin-Elemer panel) can be attributed to three source of mechanisms: charge trapping and release in a-Si photodiode; after-glow CsI scintillator and incomplete readout of charge from the pixel to the charge amplifiers. In terms of all possible sources contributing in the image quality, both pre- and post-reconstruction methods as well as calibration process should to alleviate the effects of various artifacts on CBCT image quality.